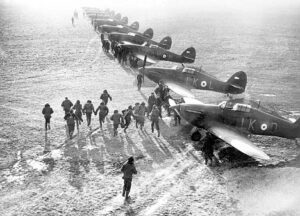 This documentary is a record of the role played by Spitfires in defeating the Axis during World War II.

The film, which shows these planes in action during the Battle of Britain, in Italy, and on D-Day, also depicts the work of aeronautical engineers and ground crews who kept the Spitfires in the air.