The NFB was founded 2 May 1939 under the terms of the National Film Act and following a report on government film activities by John GRIERSON, who was appointed the first film commissioner in October 1939. The act was revised in 1950, primarily to separate the NFB from direct government control; this revised act included the NFB’s mandate to interpret Canada to Canadians and other nations.

The NFB was originally designed as a modestly staffed advisory board, but the demands of wartime production, together with John Grierson’s personality, led to a shift into active production by absorbing (1941) the Canadian Government Motion Picture Bureau (formerly the Exhibits and Publicity Bureau, established in 1919). By 1945 the NFB had grown into one of the world’s largest film studios with a staff of 787. More than 500 films had been released (including 2 propaganda series, The World in Action and Canada Carries On, shown monthly in Canadian and foreign theatres), an animation unit had been set up under the supervision of Scottish-born animator Norman McClaren,  non-theatrical distribution circuits were established and many young Canadian filmmakers trained. 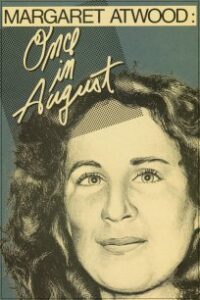 Margaret Atwood: Once in August

In Margaret Atwood: Once in August, filmmaker Michael Rubbo attempts to discover what shapes the celebrated writer’s fiction and what motivates her characters. As one of Canada’s most distinguished poets and novelists, Atwood is also one of this country’s most elusive literary figures.
CLICK HERE to watch the film, courtesy of the National Film Board!
Spread the love