How can we not include Sherlock Holmes books as part of our E-book series!  Before we do that, we thought it would be a good idea to share the biography of Sir Arthur Conan Doyle, the creator of Sherlock Holmes!

Who Was Sir Arthur Conan Doyle?

Arthur Ignatius Conan Doyle was born on May 22, 1859, in Edinburgh, Scotland. The Doyles were a prosperous Irish-Catholic family. Charles Altamont Doyle, Arthur’s father, a chronic alcoholic, was a moderately successful artist, who apart from fathering a brilliant son, never accomplished anything of note. At the age of twenty-two, Charles had married Mary Foley, a vivacious and well educated young woman of seventeen.

Mary Doyle had a passion for books and was a master storyteller. Her son Arthur wrote of his mother’s gift of “sinking her voice to a horror-stricken whisper” when she reached the culminating point of a story. There was little money in the family and even less harmony on account of his father’s excesses and erratic behaviour. Arthur’s touching description of his mother’s beneficial influence is also poignantly described in his autobiography, “In my early childhood, as far as I can remember anything at all, the vivid stories she would tell me stand out so clearly that they obscure the real facts of my life.” 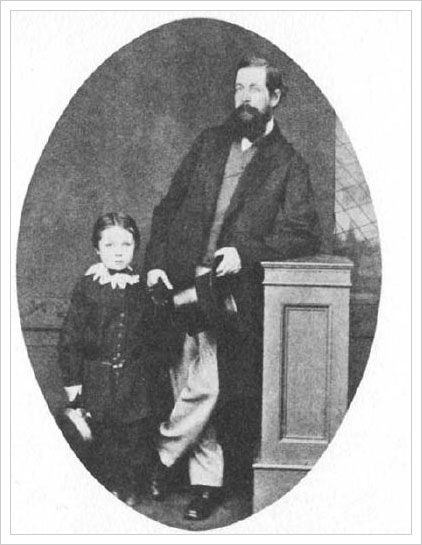 After Arthur reached his ninth birthday, the wealthy members of the Doyle family offered to pay for his studies. He was in tears all the way to England, where he spent seven years in a Jesuit boarding school. Arthur loathed the bigotry surrounding his studies and rebelled at corporal punishment, which was prevalent and incredibly brutal in most English schools of that epoch.

During those gruelling years, Arthur’s only moments of happiness were when he wrote to his mother, a regular habit that lasted for the rest of her life, and also when he practised sports, mainly cricket, at which he was very good. It was during these difficult years at boarding school that Arthur realized he also had a talent for storytelling. He was often found surrounded by a bevy of totally enraptured younger students listening to the amazing stories he would make up to amuse them.

By 1876, graduating at the age of seventeen, Arthur Doyle, (as he was called, before adding his middle name “Conan” to his surname), was a surprisingly normal young man. With his innate sense of humour and his sportsmanship, having ruled out any feelings of self-pity, Arthur was ready and willing to face the world.

Years later he wrote, “Perhaps it was good for me that the times were hard, for I was wild, full blooded and a trifle reckless. But the situation called for energy and application so that one was bound to try to meet it. My mother had been so splendid that I could not fail her.” It has been said that Arthur’s first task, when back from school, was to co-sign the committal papers of his father, who by then was seriously demented.

One can get a fairly good idea of the dramatic circumstances which surrounded the confinement of his father to a lunatic asylum in a story Arthur Conan Doyle wrote in 1880 called The Surgeon of Gaster Fell.

Family tradition would have dictated the pursuit of an artistic career, yet Arthur decided to follow a medical one. This decision was influenced by Dr. Bryan Charles Waller, a young lodger his mother had taken-in to make ends meet. Dr. Waller had trained at the University of Edinburgh and that is where Arthur was sent to carry out his medical studies.

The young medical student met a number of future authors who were also attending the university, including James Barrie and Robert Louis Stevenson. However the man who most impressed and influenced him was without a doubt, one of his teachers, Dr. Joseph Bell. The good doctor was a master at observation, logic, deduction, and diagnosis. All these qualities were later to be found in the persona of the celebrated detective Sherlock Holmes.

A couple of years into his studies, Arthur decided to try his pen at writing a short story. The result entitled The Mystery of Sasassa Valley was very evocative of the works of Edgar Allan Poe and Bret Harte, his favourite authors at the time. It was accepted in an Edinburgh magazine called Chamber’s Journal, which had published Thomas Hardy’s first work. 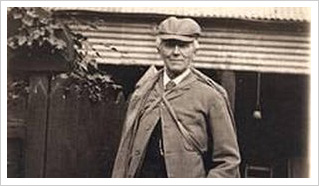 That same year, Conan Doyle’s second story The American Tale was published in London Society, making him write much later, “It was in this year that I first learned that shillings might be earned in other ways than by filling phials.” 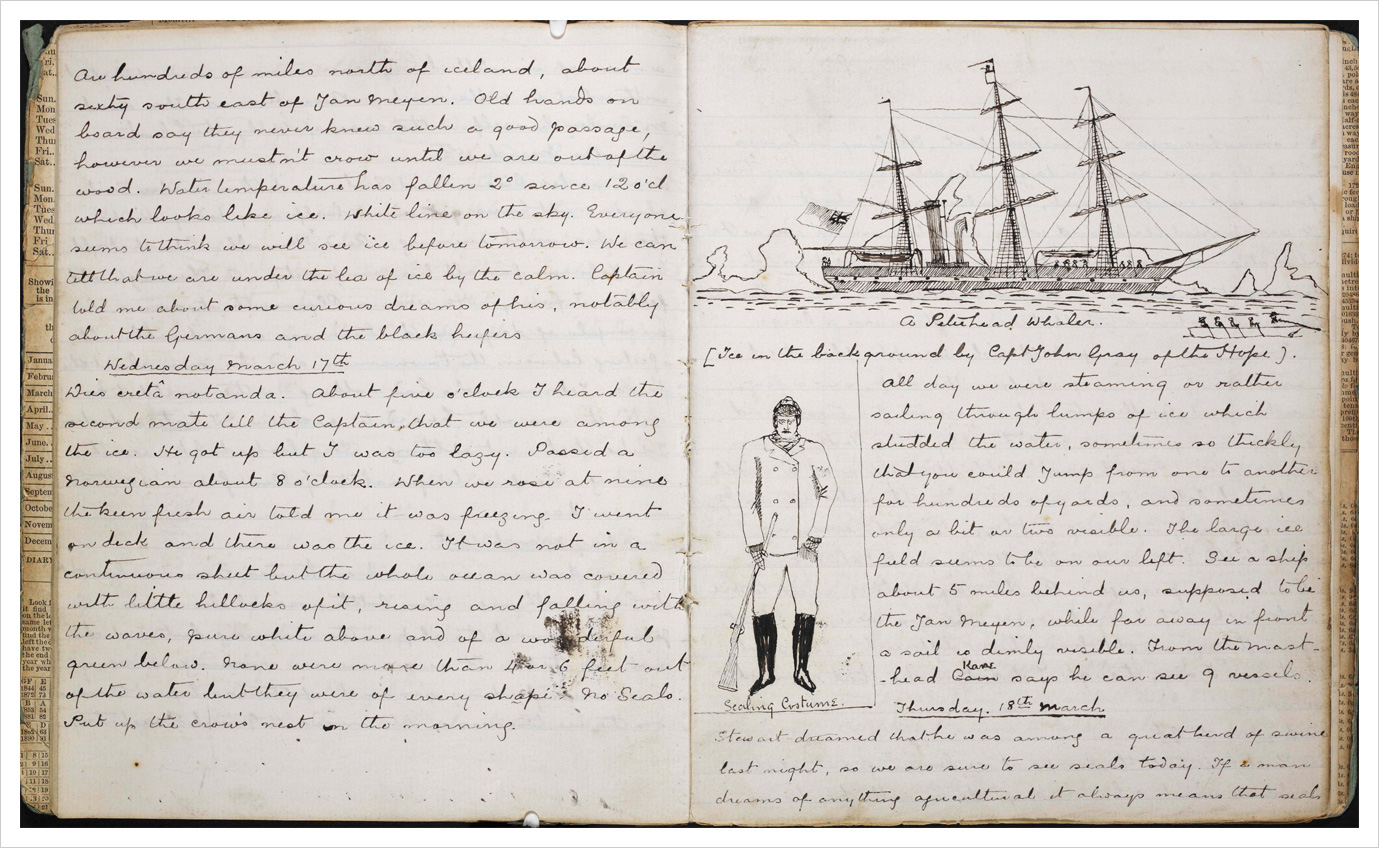 Arthur Conan Doyle’s was twenty years old and in his third year of medical studies when a chance for adventure knocked on his door. He was offered the post of ship’s surgeon on the Hope, a whaling boat, about to leave for the Arctic Circle. The Hope first stopped near the shores of Greenland, where the crew proceeded to hunt for seals. The young medical student was appalled by the brutality of the exercise. But apart from that, he greatly enjoyed the camaraderie on board the ship and the subsequent whale hunt fascinated him. “I went on board the whaler a big straggling youth” he said, “I came off a powerful, well-grown man”. The Arctic had “awakened the soul of a born wanderer” he concluded many years later. This adventure found its way into his first story about the sea, a chilling tale called Captain of the Pole-Star.

Without much enthusiasm, Conan Doyle returned to his studies in the autumn of 1880. A year later, he obtained his “Bachelor of Medicine and Master of Surgery degree. On this occasion, he drew a humorous sketch of himself receiving his diploma, with the caption: “Licensed to Kill”.

Dr. Arthur Conan Doyle’s first gainful employment after his graduation was as a medical officer on the steamer “Mayumba”, a battered old vessel navigating between Liverpool and the west coast of Africa.

Unfortunately he did not find Africa to be as seductive as the Arctic, so he gave up that position as soon as the boat landed back in England. Then came a short but quite dramatic stint with an unscrupulous doctor in Plymouth of which Conan Doyle gave a vivid account of forty years later in The Stark Munro Letters. After that debacle, and on the verge of bankruptcy, Conan Doyle left for Portsmouth, to open his first practice.

He rented a house but was only able to furnish the two rooms his patients would see. The rest of the house was almost bare and his practice was off to a rocky start. But he was compassionate and hard-working, so that by the end of the third year, his practice started to earn him a comfortable income.

During the next years, the young man divided his time between trying to be a good doctor and struggling to become a recognized author. In August of 1885, he married a young woman called Louisa Hawkins, the sister of one of his patients. He described her in his memoirs as having been “gentle and amiable.” 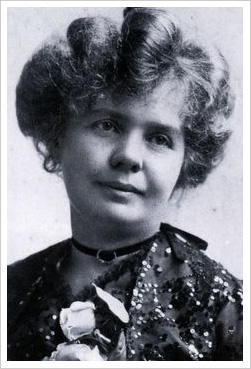