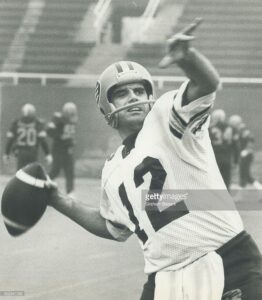 The Canadian Football Hall of Fame represents all levels of Football in Canada both amateur and professional. There can be no less than 5 individuals and no more than 7 selected each year. The committee decides on how many inductees will be inducted each year.

The categories are further broken out:

On second ballot voting all 14 voting members have a vote all nominations are discussed and they are voted on in a descending order i.e. 14 being your highest vote 1 being the least favorite.The top candidates that receive the votes based on Player or Builder receive induction into the Hall of Fame. In the player category an individual can stay on the list for no more than 25 years if not elected that person would go to the Veterans category for discussion. 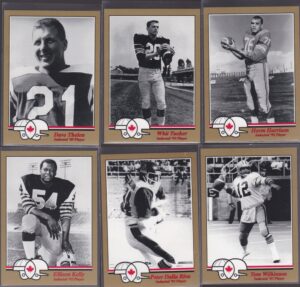 Make sure to visit The CFL Hall of Fame website to see its list of all the players and builders who are eligible for induction into the Hall of Fame!

This is a demo store for testing purposes — no orders shall be fulfilled. Dismiss